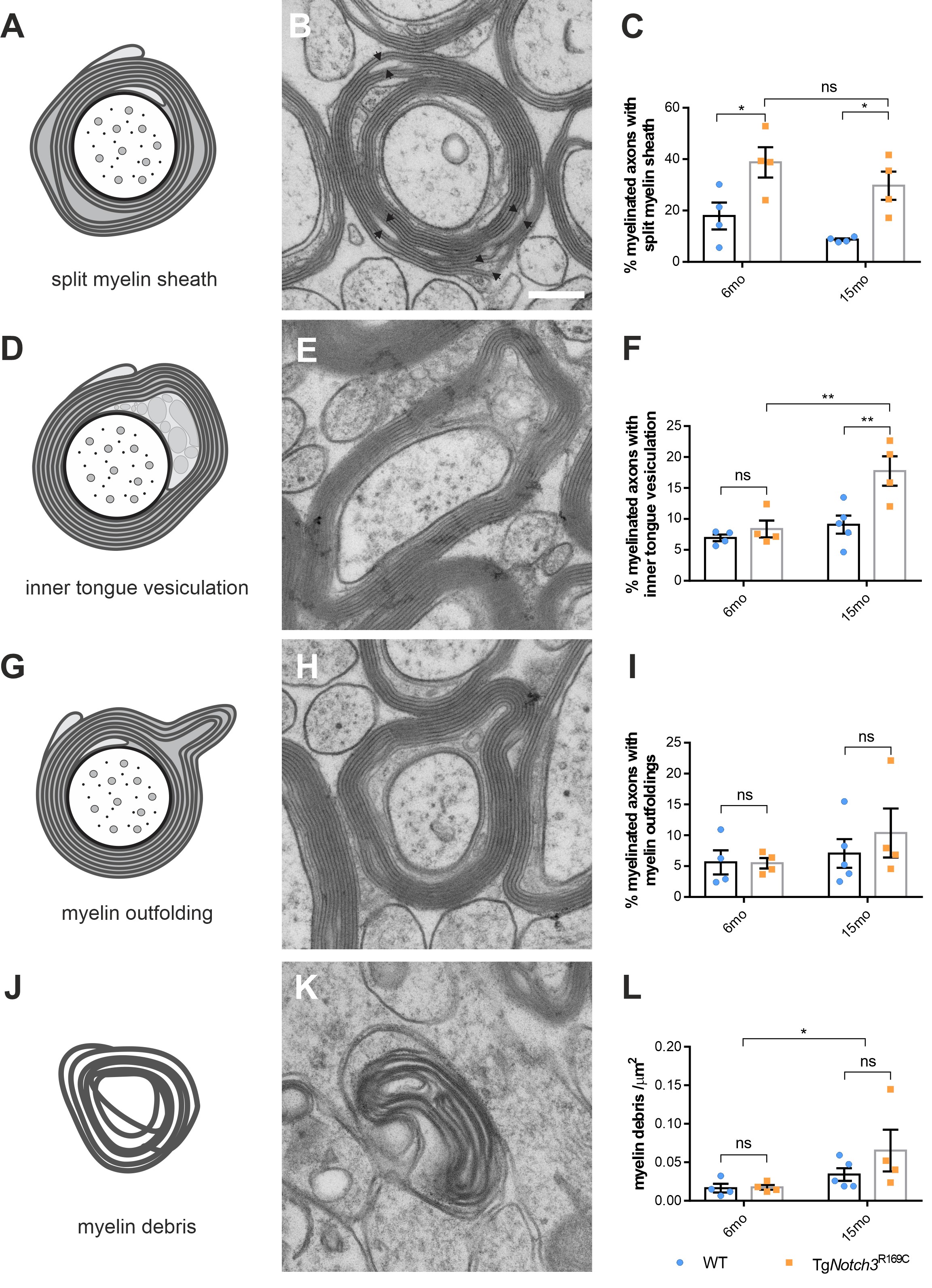 Aims: The objective of this study was to elucidate the early white matter changes in CADASIL small vessel disease.

Results: We first optimized the HPF/FS protocol in which samples were chemically prefixed, frozen in a sample carrier filled with 20% polyvinylpyrrolidone and freeze-substituted in a cocktail of tannic acid, osmium tetroxide and uranyl acetate dissolved in acetone. EM analysis showed that CADASIL mice exhibit significant splitting of myelin layers and enlargement of the inner tongue of small calibre axons from the age of 6 months, then vesiculation of the inner tongue and myelin sheath thinning at 15 months of age. Immunohistochemistry revealed an increased number of oligodendrocyte precursor cells, although only in older mice, but no reduction in the number of mature oligodendrocytes at any age. The number of Iba1 positive microglial cells was increased in older but not in younger CADASIL mice, but the number of activated microglial cells (Iba1 and CD68 positive) was unchanged at any age.

Conclusion: We conclude that early WM lesions in CADASIL affect first and foremost the myelin sheath and the inner tongue, suggestive of a primary myelin injury. We propose that those defects are consistent with a hypoxic/ischaemic mechanism.