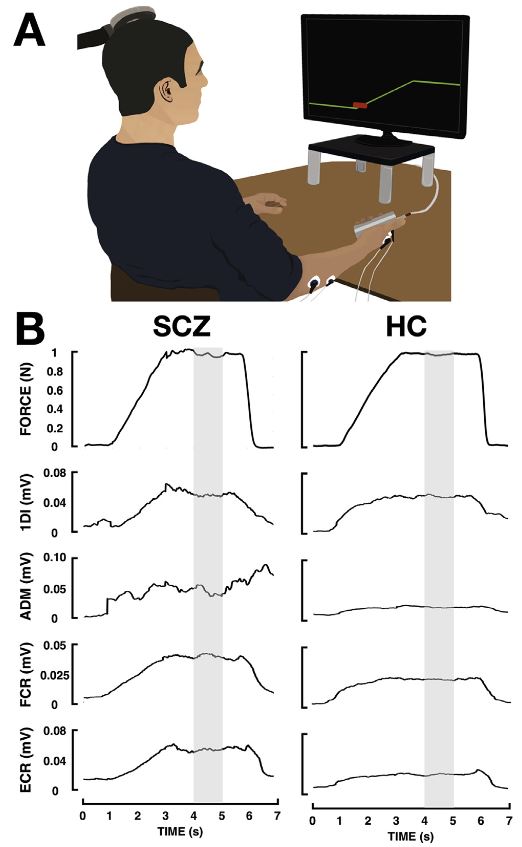 Background: Neural information processing is subject to noise and this leads to variability in neural firing and behavior. Schizophrenia has been associated with both more variable motor control and impaired cortical inhibition, which is crucial for excitatory/inhibitory balance in neural commands.

Hypothesis: In this study, we hypothesized that impaired intracortical inhibition in motor cortex would contribute to task-related motor noise in schizophrenia.