Pathogenesis of small vessel diseases of the brain

Our group studies the pathogenesis of small vessel diseases (SVDs) of the brain, which refer to pathological processes that affect the structure and function of small penetrating vessels within the brain. SVDs account for ~25-30% of ischemic strokes, ~ 90% of cerebral hemorrhages and are a leading cause of cognitive decline and disability. The salient consequences of SVD are lacunar infarcts or hemorrhages in the white and/or deep gray matter, and the development of widespread white matter lesions. SVDs appear driven by a complex mix of genetic and environmental factors, among which age and arterial hypertension are currently deemed the most important. Despite the importance of SVDs, pathogenesis remains obscure and there are currently no specific treatments.

Small vessels of the brain have unique functional properties that help ensure that the brain, which has a limited fuel reserve, receives an adequate supply of blood under a variety of conditions. In the brain, increased cellular activity is accompanied by an increase in local cerebral blood flow (CBF) that serves to satisfy enhanced glucose and oxygen demand, a phenomenon known as functional hyperemia or neurovascular coupling. Cerebral arteries and arterioles also constrict or dilate when intravascular pressure increases or decreases, respectively. This phenomenon, known as myogenic reactivity, is a major contributor to the maintenance of cerebral blood flow (autoregulation) during variations in systemic blood pressure.

CADASIL (Cerebral Autosomal Dominant Arteriopathy with Subcortical Infarcts and Leukoencephalopathy) is an archetypal ischemic form of SVD, which share a number of clinical and pathological features with sporadic SVDs. Notably, CADASIL emerges as the most common heritable cause of vascular dementia worldwide.

Over the past years, our group has produced some of the seminal work in this field. We demonstrated that CADASIL is caused by highly stereotyped mutations that alter the number of cysteine residues in the extracellular domain of NOTCH3 (Notch3ECD), a receptor that is predominantly expressed in vascular smooth muscle cells (SMCs) and is critical for the maturation and function of small brain vessels. We established that one central pathological feature is the abnormal accumulation of Notch3ECD in small vessels, in extracellular deposits called Granular Osmiophilic Material (GOM). We have generated a unique collection of mouse models, including one that recapitulates the salient features of the disease, and made major progress in identifying disease mechanisms. We showed that cerebrovascular dysfunction, with impaired neurovascular coupling and CBF autoregulation, inward remodeling (reduced maximal dilation) and decreased myogenic tone of cerebral arteries are early and prominent features in the well-established TgNotch3R169C CADASIL model.

COL4A1/COL4A2-related SVD, caused by dominant mutations in the coding region of COL4A1 or COL4A2, is an archetypal form of hemorrhagic SVD. COL4A1 and COL4A2 genes, which encode collagen type IV α1 and α2 chains respectively, form a heterotrimer that is a major component of vascular basement membranes. Yet, our understanding of the pathogenesis is still limited and clinical management of mutation carriers remains extremely challenging owing to the partial penetrance of hemorrhages and their variable expressivity that range from asymptomatic microhemorrhage to life-threatening macrohemorrhage.

Our ultimate goal is to decipher the pathogenic mechanisms of SVDs and develop effective therapies for these diseases. Our overarching concept is that genetic SVDs – especially CADASIL and COL4A1/COL4A2-related SVD– provide a unique opportunity to identify these mechanisms and develop therapeutic strategies that can be validated in predictive animal models.

- Although a few CADASIL-associated NOTCH3 mutations unambiguously result in abolished or reduced Notch3 activity, we obtained compelling evidence that cerebrovascular manifestations are not the result of a reduction in Notch3 activity. Instead, we demonstrated that the archetypal Arg169Cys Notch3 mutation is associated with increased Notch3 activity to cause inward remodeling of cerebral arteries.

- We found that CADASIL mutations lead to a complex process of Notch3ECD aggregation into multimeric species that complex with proteins associated with the extracellular matrix (ECM) proteins, including, but not limited to, TIMP3 and vitronectin, and eventually form granular osmiophilic material (GOM) deposits. Using genetic interaction studies in the TgNotch3R169C mouse model, we established that elevated levels of TIMP3 and vitronectin, acting downstream of Notch3ECD deposition, play a role in cerebrovascular manifestations of CADASIL.

- We identified ADAM17/HB-EGF/(ErbB1/ErbB4)/KV1 as a key TIMP3-sensitive signaling module that is essential for maintaining robust CBF responses to evoked neural activity as well as for myogenic responses of brain arteries. Next, we provided evidence that elevated TIMP3 blunts the ADAM17/HB-EGF/(ErbB1/ErbB4)/KV1 pathway to reduce myogenic tone and cause CBF deficits.

- Within our collection of monoclonal antibodies raised against Notch3ECD, we found that one peripherally-administered antibody specifically binds to Notch3ECD deposits in both the peripheral and cerebral vasculature, despite the absence of blood brain barrier leakage. Further, in a proof-of-concept preventive study, we found that TgNotch3R169C mice treated with this antibody were fully protected against inward remodeling, reduced myogenic tone and CBF deficits.

- We found that knock-in mice harboring the p.Gly498Val disease-causing mutation in the amino-terminus half of COL4A1 (generated in E. Plaisier’s lab, Inserm U1151), faithfully recapitulate the human disease, with highly penetrant microhemorrhages and macrohemorrhages with reduced penetrance.

- We provided evidence that microhemorrhages and macrohemorrhages are driven by two distinct mechanisms, transient leakage of capillaries in the early postnatal life for microhemorrhages and age-related smooth muscle cell degeneration in a subset of deep arteries for macrohemorrhages. We further showed that arterial lesions can be assessed in the retina and that inter-individual variability in their severity is a critical factor underlying the partial penetrance of macrohemorrhage, raising the prospect of identifying the high-risk patients. 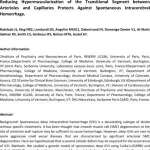 Reducing Hypermuscularization of the Transitional Segment between Arterioles and Capillaries Protects Against Spontaneous Intracerebral Hemorrhage. 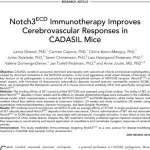 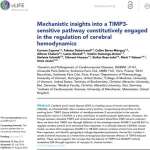 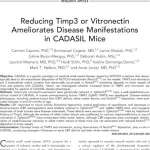 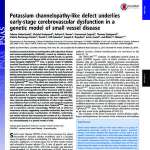 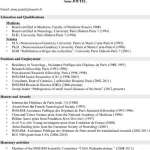 JRS - Stroke: from clinic to physiopathology: A. Joutel 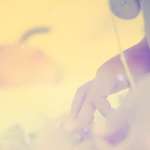 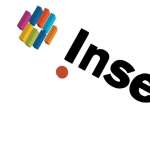 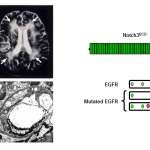 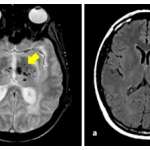 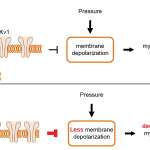 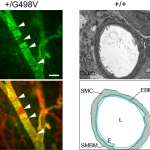 Fondation Leducq: (Transatlantic Network of Excellence on the Pathogenesis of Small Vessel Disease of the Brain)